WEEKLY COMMENTARY: Why Is Holy Communion Important to Presbyterians? 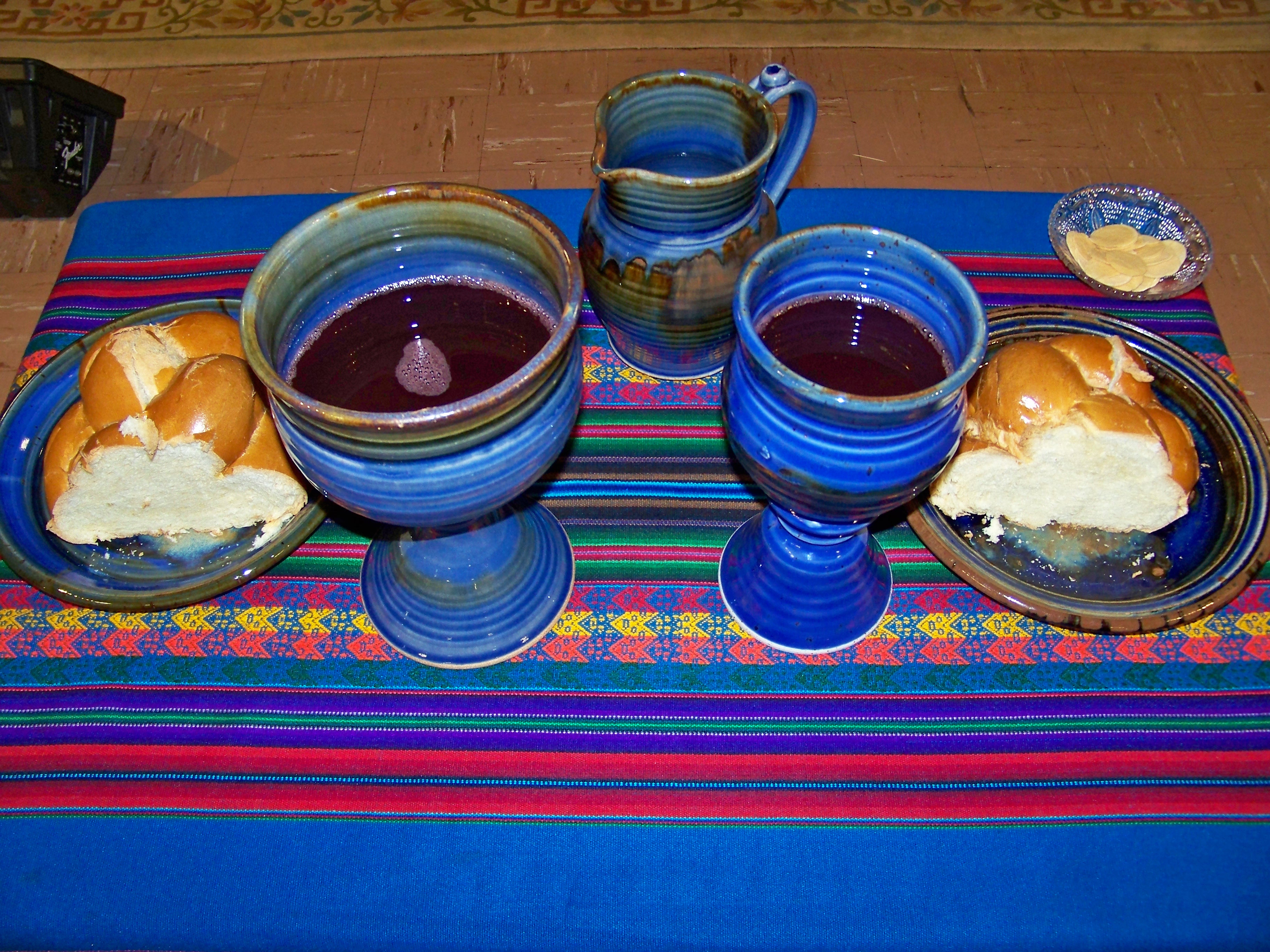 Last year, one of our neighbors hosted an exchange student from Asia.  It was  during the summer, so they were looking for ways to educate and entertain their guest.  We made several day trips with him into New York City, but on Sunday we suggested that he join us in attending the worship service at our church, Central Presbyterian Church.  He agreed, expecting this to be an interesting aspect of his learning about America.  He was a Muslim by faith.  His name was Hari.

As it happened, the next Sunday worship service was Holy Communion Sunday., so I tried to prepare Hari.  I wanted him to understand the meaning behind this Christian ritual, and why we repeat it at the beginning of every month.

Hari had already heard of Jesus Christ because in Islam, Christ is revered as a great prophet.  However, we stressed that we see a much more important role for Jesus Christ in our Christian lives.  We see Christ as the Son of God.  Therefore, we believe that our Holy Communion ritual is an action by which we not only remember Jesus, but it nourishes our faith through the action of Jesus himself.

I told Hari that on the night he was betrayed, Jesus had met in an inn’s upper room with his disciples, to eat a meal with them.  I told Hari that the Bible recites what happened there.

“The Lord Jesus, on the night he was betrayed, took bread, and when he had given thanks,

“Everyone ought to examine themselves before they eat of the bread and drink of the cup.  For anyone who eats and drinks without discerning the body of Christ, they eat and drink judgment on themselves.”

I said to Hari that our church denomination regard’s Holy Communion (also called ‘The Lord’s Supper’) as a Sacrament of the Bible’s New Testament, and that by taking the bread and wine (grape juice), those that make themselves “worthy” by silently confessing their sins to Jesus Christ, communicate directly to Him for their spiritual nourishment.  At the heart of the Communion is the “conversation” with Christ.  Importantly, there is a self-examination taking place.  It would be hypocrisy for us to pretend that we are in communion with the Holy One while actually cherishing known sin in our hearts.  Each Communion participant is expected to try to identify and articulate their recent sins, seek to reform their behavior, and then beg forgiveness.

Hari asked whether during the observance of the Sacrament, the bread and wine really become the body and blood of Jesus?  He wondered, when one is seeking to be in communion with Jesus, how could Jesus participate?  I told him that there are three different Christian views on this question:

—Secondly, that the bread and wine are unchanged elements, but Christ’s presence by

faith is made spiritually real, in and through them.  This was the view of John Calvin particularly, but also of other Protestant Reformers —– that Christ is present in the Communion Service, but spiritually rather than physically.  Bible scholar Rev. James Montgomery Boice tells us that Calvin called this “the real presence” to indicate that a spiritual presence is every bit as real as a physical one.

—Thirdly, the bread and wine are completely unchanged, but are used as symbols representing Christ’s body and blood, in remembrance of his enduring sacrifice.  This theory assumes Jesus is not present at all, at least no more than he is present all the time and in everything.  To those who hold this view, Communion takes on an exclusively memorial character.  It is only a remembrance of Christ’s death.

In his book, Foundations of Christian Faith, Rev. James Montgomery Boice discusses the merits of these three theories, as follows ——

“To begin with, we must say that there can be no quarrel with the memorial theory, since it is true as far as it goes.  The only question is whether more than remembrance is involved.  The real division is between the view of the majority of Reformers and the doctrine of the Roman Catholic Church.  Those who favor a literal, physical presence (and Luther was one, though he did not accept the theory of Transubstantiation), argue from a literal interpretation of Christ’s words —- “This is my body.”  (Mark 14:22).  But that hardly decides the matter, because such expressions occur frequently in the Bible with obviously figurative or representational meanings.”

I told Hari that we at Central Church speak of the “real presence”  of the Lord Jesus Christ in the Communion Service as far as we know it, and we seek to respond to Him and to serve Him.  But we readily admit that there are times when this is difficult and the Lord does not seem to be present.  Whether because of our sin, our fatigue, or simply our lack of faith.  Sometimes, Jesus does seem to be far away.  Though we continue on in the Christian life, and in service, we long for the day when we will see Him face to face, and be like him.  Our Communion Service is a reminder of that day.  It is an encouragement to our faith and an impulse to reach for a higher level of holiness in the daily lives of each of us.