WEEKLY COMMENTARY: Some Things Presbyterians DO NOT Believe 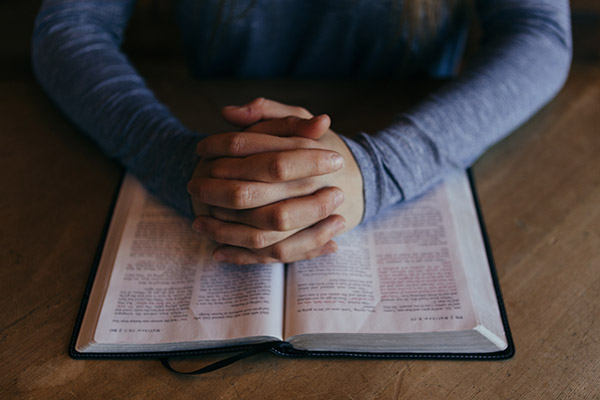 While living as committed Christians and followers of Jesus Christ, Presbyterians hold some beliefs which are different from what other Christians believe.  A while back, the Presbyterians Today magazine cited eight such belief differences in an article by Presbyterian pastor James Ayers.

Where do you stand on each of these eight topics?

1.)  Fate or Predestination.  Some people believe that every event is caused by previous events.  If so, they say, it is an illusion to suppose that your decisions actually change things in your life.  So, if you do a good deed, that is what you are fated to do.  If you do something evil, that is just the outworking of your predetermined fate.  This is very different from the Presbyterian Doctrine of Predestination, which says God chose us before the world was formed, and that we are predestined to freely make choices in our lives.  We may be making choices every day of our lives.  Presbyterian Predestination teaches us that God has given us a big and important freedom —- the freedom to make the choices (good or bad) which will fulfill our own destinies as we understand them.

2.)  Purgatory, Heaven, Hell.   Where do people go when they die?  Many people  say to “Heaven or Hell”.  Beginning in the Middle Ages, people thought that Heaven was where the Saints stand in the Holy presence of God, and that Hell is where the wicked are sent.  What about those people who have not had a chance to have all their sins forgiven by their priest before their death?  Their lives would still be impure when they died, so how could they exist in Heaven, alongside the Holiness of God?  Thus, the doctrine of purgatory was created —- a place where any sins not forgiven by the priest on behalf of God since the last confession, would be purged.  However, Presbyterians believe God will indeed redeem us and cleanse us from all our sins, and that we will be readied for Heaven, without needing to postulate a  third possible place to go when we die.

3.)  Reincarnation or Eternal Life?  Some Eastern religions say that after we die, we are re-born as another person or as an animal.  They believe that the world is in an endless cycle of death and re-birth.  Therefore, that one continually gets “another chance” until we finally get it right.  Presbyterians believe that Scripture does not teach reincarnation.  Instead, it points us directly toward eternal life in the presence of God.  Think about it —- isn’t belief in reincarnation just a severe form of believing in showing righteousness through one’s works, as one lives over and over until we have attained a certain level of goodness in our works?.

4.)  Alter or Table?   An alter is a place where a sacrifice is offered, and it is often viewed with special reverence.  In the traditional Roman Catholic understanding, during Mass the priest re-offers Christ on the alter as a sacrifice to God.  But, Presbyterians believe the sacrifice of Christ has already been offered once and for all.  The sacrifice needs no repetition, and the action of the priest cannot make it occur again.  Therefore, Presbyterians see the Lord’s Supper as taking place at a table rather than at an alter.  Although many Presbyterian communion tables are rather ornate, the table itself holds no significance or holiness for Presbyterians.

5.)  Ranking of Sins.  In Roman Catholic thinking, when one dies the person is carrying the guilt of all the sins they have committed since their last confession.  If one’s sins are venial (relatively slight), one now works them off in Purgatory.  An un-confessed mortal sin means one is damned to Hell.  But, Presbyterians do not believe that sins can be graded this way because sin is sin.

Forgiveness of sins is God’s freeing gift in Christ’s crucifixion.  Confession and assurance of pardon by a priest are not what enable God to forgive us, say the Presbyterians.  Rather, it requires direct confession to God when we confess our sins.  This enables us to recognize or feel or experience that we are forgiven.

6.)  Good Works or Grace?  Conventional wisdom says that good people go to Heaven and bad people go to Hell.  Are you good enough for Heaven?  Are you sufficiently righteous to go to Heaven when you die?  Presbyterians have always insisted that, as we are all sinners from the time of our birth, no one is ever good enough on their own to deserve salvation.  We are saved only through God’s grace.  Despite our failures in life, God has already decided to save us as evidenced through the death and resurrection of Jesus, and the gift to us of the Holy Spirit.

7.)   To Whom Do We Direct Our Prayers?    When we have problems we may ask our friends to pray for us.  But, why restrict oneself to present-day friends?  Why not also ask  distinguished Christians from previous centuries to offer up their intercessions on our behalf?  This is perhaps the most positive way to think about praying to the Saints.  Yet, there is a problem here.  Asking Mary (the mother of Jesus) or Saint Joan of Arc to pray about you becomes a prayer to Mary or Saint Joan.  But prayer is an act of devotion and worship, and Presbyterians believe our prayers should only be offered to God.

8.)  Authority Figures.  Where is the authority of the Church based?  Our differing understandings of appropriate church governance are perhaps the greatest source of disagreements among Christians.  We have different ways of ordering our lives together as communities of faith.  Roman Catholic, Lutheran, Methodist and Episcopal churches believe that temporal authority is carried in the Office of the Bishop.  The doctrine of the “historic succession of Bishops” means that Bishops receive their authority from previous Bishops, all of whom received their authority from still earlier Bishops.  Catholics and some Anglicans trace this authority back to the Apostles themselves.  Presbyterians believe church authority is not carried in individuals in this way.  Instead, church leaders are elected, but can declare the will of God only on the authority of Scripture.  However, Presbyterians are on record that their way is not the way, but simply the way that works best for them.

Now that you have taken this test, how “Presbyterian” do you think you are?

These thoughts are brought to you by CPC’s Adult Spiritual Development Team, hoping to encourage you to pursue some personal spiritual growth this Spring at CPC.