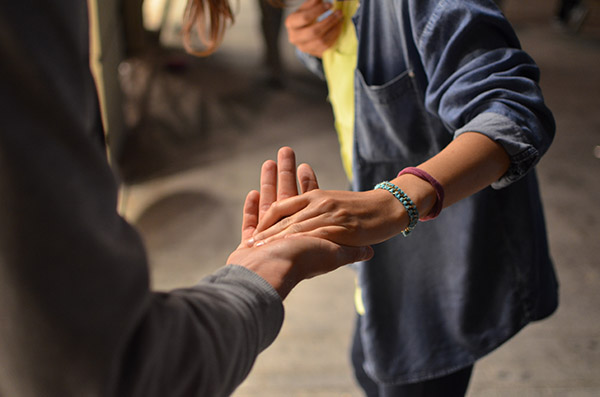 New York Times columnist Nicholas Kristof gave us a story last week that really troubles me.  Recently, in West Texas, a young mom encountered three desperate Central American migrants one night, by the side of the road where she was driving.

At least one other car had hurtled by, afraid to stop.  But, this young mom, remembering her own two teenage sons, took pity on the migrants and invited them into her car to warm up.  Only then did she discover the condition of the third youth —- the sister of one of the migrant boys.  The girl was suffering from starvation, dehydration and a potentially fatal kidney condition.  The young mom began using her cell phone to text friends for advice about getting the sick girl some medical attention.

A short time later, a sheriff’s deputy pulled up behind the young mom’s car, lights flashing.  A Border Patrol officer arrived shortly afterward.  The officers detained the young mom for three hours, confiscating her possessions and then keeping her in a holding cell.

By stopping to help some strangers, the young mom may have saved a life —- but stopping for these migrants also got her arrested.

Does this story remind you of a parable told by Jesus, but with a different outcome?  That would be the parable “The Good Samaritan”.  However, the young mom’s story has an entirely different ending from what Jesus taught us.  Perhaps that is why I am confused.

In Jesus’ parable it was a man traveling on a lonely road, who was attacked and badly beaten by robbers.  Others saw the injured man on the ground, but passed by on the other side of the road, until a man of a different “tribe” —- a Samaritan, came along.

The Samaritan saw the condition of the wounded man, took pity on him, bandaged his wounds and took him to a nearby inn for further care, paying the innkeeper for attending to this wounded stranger.

At this point in the parable, Jesus asks: “Who do you think was a neighbor to the man who fell into the hands of robbers?”  His listeners replied: “The one who had mercy on him.”  Then, Jesus told them:  “Go and do likewise.”  One might say further:  “Whomever claims to love God, but hates his brother or sister is a liar.”

Do you see why this story troubles me?  The young mom did exactly what Jesus tells us to do for others in need.  Did the three migrants, while perhaps not legally present in the United States, represent a threat to anyone?  On the surface, at least, they did not.

Now, what if one of the three migrants was not needing medical attention?  If the young mom had stopped nevertheless, does that justify her arrest?  Perhaps, but we are left with a difficult question.  We do try to obey our laws, Federal, State and local, in our daily lives.  But sometimes a law imposed upon us by our government may present a moral conflict too great for that law to be  observed.  What should we do when, for example, Jesus’ parable presents us with a clear moral conflict?  One answer might be to change the law, but this takes time and often inertia defeats the effort.  What should we then do?

These thoughts are brought to you by the CPC Adult Spiritual Development Team, hoping to encourage some personal spiritual growth this Spring.