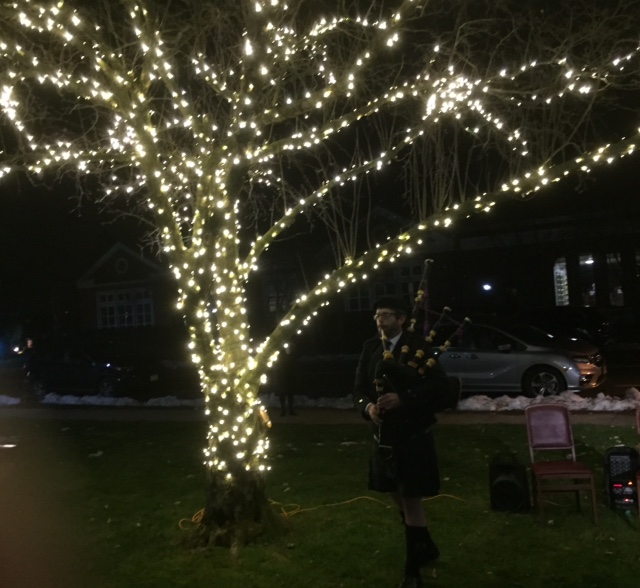 This Sunday, November 17, t 6:30 pm Central will once again be lighting our “Tree of Remembrance” on the Maple Street lawn. This year, I have a deeper appreciation for what we are doing, because, as Central approaches the culmination of the celebration of the 150th anniversary of our founding, I have been doing more reading about what our founders actually did. There were 19 of them when they began a new congregation. Summit was a small town back then, actually sort of rural. When they began building the first building to house their congregation, they built a worship space that would seat ten times the number of members that they had.

Of course, when we light the tree on Sunday evening, we all know how it all worked out. The congregation grew. They went down the street and built another building, which we currently use. Maple Street is paved. There is a public library and an active YMCA along the street. The “Green” off to our north is one of the few open, green spaces left in Summit, but none of this was here when they made their decision to move ahead 150 years ago. They had no idea of the world that was coming, but that did not stop them.

Somebody has said that life is making a 100% commitment to doing something even when you are only 51% certain that you are doing the right thing. On Sunday evening, I will have a deeper appreciation for Central’s founders who, I think, had the courage to do exactly that—to commit to an action that they could not know for sure would work. And I will be reflecting on the places in my life where I need to have the same kind of courage